Why Global Companies Expand Into Ireland? 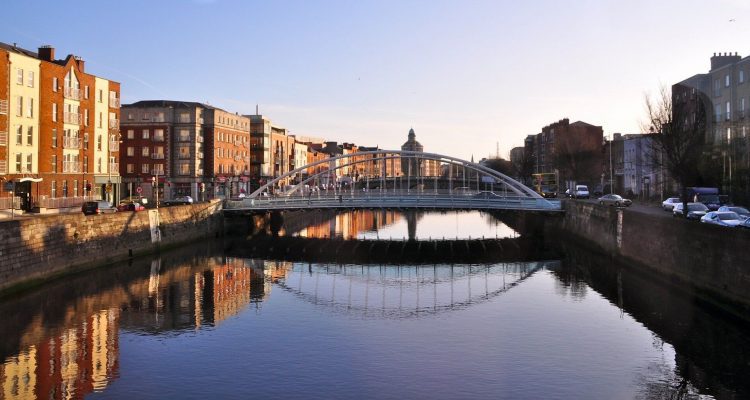 The worldwide pandemic seriously affected a large number of countries around the world. While some of the major world economies suffered consequences, Ireland’s economy went the other way. Even though the GDP in Ireland was 3.4%, it outpaced the rest of the European countries. The recorded success was even more significant than China’s. Global companies expand into Ireland at a fast pace, and it is crucial to understand why.

Did Ireland suffer any economic consequences during the pandemic?

Even though it seems that doing business in Ireland is easy, that does not mean the country did not feel the effects of the pandemic. Higher GDP is not a good measure of success because there is still the issue with wealth distribution. If we look at the unemployment rate for this year, it went over 25%.

Even with that setback, Ireland’s aggressive progress during the pandemic is something that we cannot ignore. A lot of companies have already made a move and transferred their businesses to the Emerald Isle. This global expansion has been attracting a lot of attention lately, which is the reason for the country’s GDP growth. Compared to the local companies that had an increase of 9.5%, multinational companies in Ireland are currently at 18.5%.

The business environment in Ireland proved to be favorable to overseas companies. Let us see why.

Some of the highest corporate taxes in Europe are in Portugal (31.5%) and Germany and France(29%). If we consider the other countries in the European Nation, the average is somewhere around 21.7%.

The corporate tax in Ireland, which is at 12.5%, seems like child’s play compared to other countries. They have lowered the tax in 2003 and saw substantial progress since then.

This low tax rate is appealing to international companies. Strong brands are looking for a cost-efficient base of operations. That is precisely what Ireland offers. That’s why giants like Merck, Johnson & Johnson, Pfizer, Google, and Facebook have headquarters in Ireland.

Could the minimum global tax rate harm the growth of Ireland?

It is important to note that Janet Yellen, the US Treasury Secretary, recently requested a minimum global tax rate for all international economies. If we consider how the low tax rate benefits Ireland, this move could harm its economy. If Ireland is forced to comply, it will lose its favorable position for overseas companies.

The workforce in Ireland

Just having a low corporate tax is not enough to produce this level of growth. Companies still need skilled employees from the local areas. If we look at just Dublin, it is abundant with neighborhoods favorable for small businesses.

This highly skilled workforce is exactly what multinational companies need – top talent employees to support the growth of the business. And Ireland has a lot to offer. Over 98% of young adults have high education. No other European country has reached this number. Ireland’s graduates are considered as the top 15 in the world.

Even if we look at people younger than 25, the population percentage is still higher than in other countries. This young and educated workforce is the backbone of Ireland’s success. They can quickly learn advanced technologies and compete in the digital world as well. Older employees do not have that speed in dealing with the progress of the digital world.

That’s why Ireland is in front of many other countries if we look at the development of Informational Technology, Artificial Intelligence, and other tech sectors.

We have already mentioned that Google and Facebook are stationed in Dublin. Other tech companies that are using the benefits of stationing in Ireland are IBM, Microsoft, LinkedIn, Intel, and many others.

There are even some announcements of doubling manufacturing processes long-term. There is an expansion happening at the moment, with over 2000 high-tech job openings.

Furthermore, as many companies continue to build research, analytics, manufacturing, and data processing facilities, the demand for a skilled workforce only grows.

Can Ireland’s academic institutions keep up?

Even though these are impressive results, it is essential to ask if the academic institutions in Ireland can keep up with the increasing demands for talented employees.

As an answer to this question, we are witnessing colleges and universities invest in new AI and tech programs. Some are even partnering with tech companies to create learning opportunities for their students. Some institutions are even funding programs for Irish small business startups, deeming this country an excellent place for anyone considering starting a business abroad. This is a fantastic opportunity for people who wish to become an entrepreneur abroad. It is attracting young talents from all over the world to move to Ireland and get their education.

The government understands the importance of this favorable position. They are doing everything they can to keep it for as long as possible.

Brexit had a positive impact on the economy in Ireland

When the United Kingdom exited the United Nations, that created a lot of complications for the companies in the UK. However, it also led to new opportunities for countries like Ireland. Since the two are now separate, London is no longer considered the financial capital of Europe. We can see that in how other companies treat Ireland. For example, the fintech company Stripe is choosing Dublin as their home base for all customers outside of Switzerland and the UK. This is a prime example of the impact that Ireland has on foreign companies. A large number of financial companies moved from the UK to Ireland, even though other countries like France and Germany were also an option.

Global companies expand into Ireland thanks to the favorable economy

Let’s do a quick summary at the end. The impactful benefits of Ireland’s economy that attract international companies are:

Even though there is an increased need for education programs and the pending international corporate tax law, global companies expand into Ireland at a rapid pace. The country is still standing strong, and there are no indications that this progress will slow down any time soon.

META DESCRIPTION: Global companies expand into Ireland as a result of multiple benefits. Here is how the country achieved this strong position in the region.